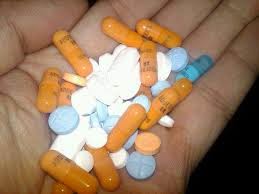 Adderall is a stimulant medication that is often used to treat children, adolescents, or adults who are diagnosed with narcolepsy or attention-deficit hyperactivity disorder (ADHD). Those with ADHD have more difficulty paying attention or are more hyperactive or impulsive than other people of the same age. Adderall, and other like drugs, keeps the brain chemicals dopamine, norepinephrine, and serotonin in the brain synapses longer. This helps those suffering from ADHD to calm down and organize thoughts that had been too scattered, making learning too difficult.

Because prescription stimulants such as Adderall suppress appetite, increase wakefulness, and increase focus and attention, they are often abused. These stimulants are often taken by those without a prescription, taken in higher quantities, or in a different manner than prescribed. Many use Adderall to help them lose weight or to enhance their concentration, especially during exam times – giving it the name of “the study drug.”You may be saying to yourself, “An easier way to lose weight? More concentration? Why not then?”Indeed, when one is looking at the immediate aspirations of shedding pounds or getting through final week at school, taking stimulants may seem quite appealing. However, according to Clinical Director of The SAFE Foundation Kevin Barry Heaney, LCSW, CASAC, people embarking on that path should understand that their actions today can be locking them into a lifetime of drug dependence.

Adderall presents a high risk for both a psychological and physical addiction. For example, some who take the drug to stave off hunger often find themselves taking increasing amounts to get the same amount of appetite suppression. And those who use Adderall to intensify their mental edge during exams do not necessarily feel able to give it up when studying is no longer an issue. Furthermore, because the drug makes a person feel more alert and energetic, the brain begins to link taking the pill to feeling good. This is the type of mental association that creates an addiction.

Additionally, because the brain adjusts quickly to conditions, pretty soon, taking just one pill does not present the same effect, and the person will find the need to increase the dosage.If Adderall is taken without a doctor’s prescription, it can be dangerous. As a stimulant, it speeds up the heart, so if someone has an unknown heart problem, it could cause an irregular heartbeat and even cardiac arrest. Misuse of the drug also increases the risk of strokes, high blood pressure, and can even bring on OCD (Obsessive Compulsive Disorder.)

Another lure for young adults to take Adderall is the need to keep up. Just as athletes use performance enhancing drugs to compete with others doing the same, students may feel that they need to take stimulants in order to level the playing field at school. However, Heaney calls upon us to think about what it means to our society and to our children when we allow such practices.

Heaney says, “Performance drugs have contaminated sports and the university. We need to ask ourselves if we want to keep promoting a medicated society. Parents who turn a blind eye or even encourage the usage of these drugs should also realize that they are allowing chemical dependency to take the place of hard work. Instead of conveying the importance of understanding and dealing with issues of confidence, dieting, discipline and learning, they are saying that it is acceptable to use chemicals to cut corners.”

We are especially challenged today, in an age wherein technology has eliminated the need to delay gratification. But in order to develop resilience, strength of character, create fulfilling relationships, achieve goals, and become physically and emotionally healthy, we need to exercise patience with the sometimes slow and demanding processes involved. Depending on drugs to take the place of concentrated work feeds into this culture of being immediately gratified and can quickly erode the relationship between struggle and the building of character.

Other concerns about Adderall present themselves when one wishes to stop taking the drug. Symptoms can include: extreme depression, dysphoria (intense dissatisfaction with life,) anxiety, paranoia, mood swings, fatigue, abdominal pain, drug craving, increased heart rate, insomnia, and seizures. If someone abruptly stops taking Adderall, the effects of acute withdrawal are unnecessarily severe and can be quite dangerous; the brain and central nervous system are flooded with neurotransmitter chemicals that trigger “rebound” effects. This can result in cardiac arrest, coma, extreme fatigue, loss of consciousness, psychosis, seizures, and death.

So, we at the SAFE Foundation present the question: How far do you hang your values, health, and future off a cliff in the pursuit of approval? As Heaney says, “I, for one, believe that what our society needs is more self-acceptance rather than more self-medication.”

A new national survey by The Partnership for Drug-Free Kids cites these findings:

Steve Pasierb, President and CEO of the Partnership for Drug-Free Kids holds that this situation presents an opportunity for parents and health care professionals to play a pivotal role in helping students better manage their time and commitments.